The territory of Emilia-Romagna is a region in central-northern Italy extending from the Apennine Mountains to the Po River in the north. It comprises of provinces of Bologna, Ferrara, Modena, Parma, Reggio Emilia, Piacenza, Rimini, Ravenna and Forlì-Cesena. An ideal link between northern and southern Italy, Emilia-Romagna takes its name from the old Roman consular road – the Via Emilia or Emilian Way – that crosses the entire territory and has linked Rome to the heart of Europe for over 2,000 years.

Emilia-Romagna is one of Italy’s leading regions in terms of per capita income and for many years has been classified as one of the richest regions in Europe. It ranks first in Italy and third in Europe – behind the Netherlands and Switzerland – for the quality of its healthcare services. It’s known for its medieval cities, rich gastronomy and seaside resorts. The capital, Bologna, is a vibrant city with an 11th-century university and arched porticos lining the streets and squares of its medieval core. Ravenna, near the Adriatic coast, is famed for its brightly colored Byzantine mosaics.

Tortellini and lasagne from Bologna, Piadina round bread from Romagna, Piacenza from Emilia subregion, and the maize-based dish Polenta are among the region’s most famous foods.

Sangiovese from Romagna, Lambrusco from Reggio Emilia or Modena, Cagnina di Romagna, Gutturnio and Trebbiano from Piacenza are some of its most important regional wines.

With over 200 traditional products now protected by law and twenty-six more with IGP-protected status, Emilia-Romagna is considered one of the richest regions in Europe with regard to its finest gastronomic and wine-making tradition.

DOP and IGP products made in Emilia-Romagna include: 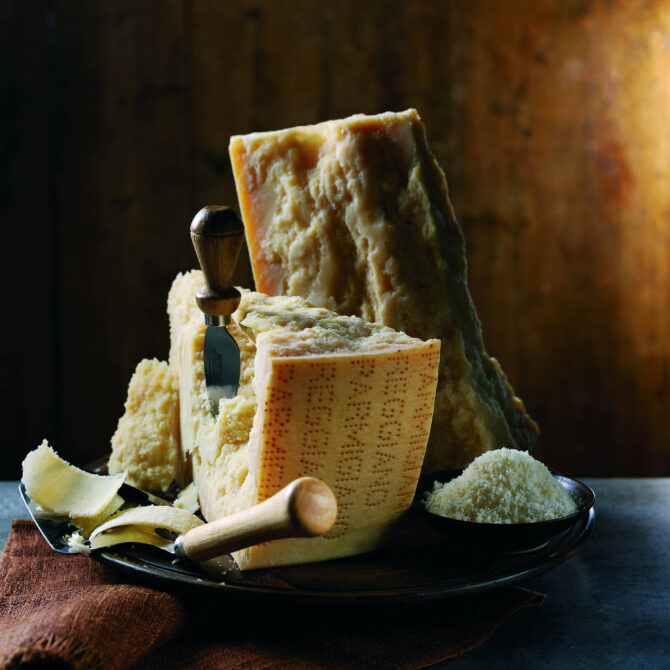 Known in Italy as  the ‘king of cheeses’, Parmigiano-Reggiano DOP is a hard cheese, cooked, not pressed and completely natural: without additives or preservatives. It is characterized by its high digestibility, its high calcium content and the richness of micro and macro minerals, as well as its pleasantness and the varied and complex organoleptic profile. It is made exclusively in the provinces of Parma, Reggio Emilia, Modena, Bologna to the left of the Reno river, and Mantua to the right of […] 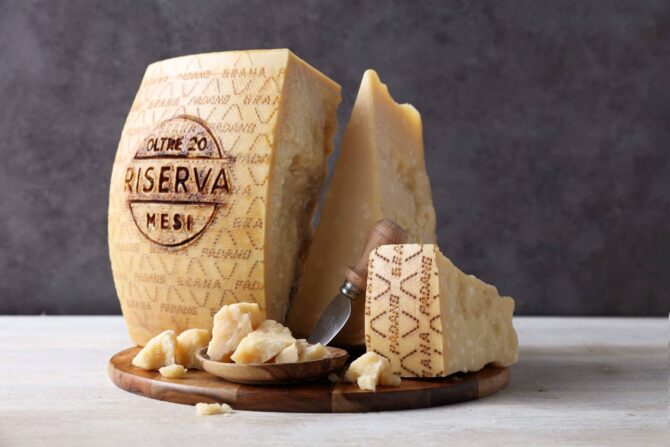